When it comes to choosing the doors for a project, there are many things to consider – from materials and ironmongery to finish and fire resistance. There’s also the question of whether to use doorsets or traditionally-hanging doors; across the industry, more and more specifiers are seeing the benefits of doorsets and choosing them.

Martin O’Reilly, Managing Director at M&A Carpentry, has helped to build hundreds of homes over the years and doorsets are used in the majority of his projects.

Earlier this year, Martin and his team worked with Inland Homes on phase two of the Meridian Waterside development in Southampton. They installed internal and entrance doorsets for 35 flats and 8 houses. This equated to more than 200 doorsets from our Residor and Securdor ranges. We also supplied stairs for the houses and skirting boards for all of the residences.

The Benefits of Doorsets

Martin explains that pre-hung doorsets comprise “a door and a lining or frame that is routed out for hinges, locks and other elements prior to site fitting”. He notes that linings are used for internal doors, while frames are for external doors.

One of the main benefits of doorsets is that they come, ready for installation, including ironmongery like latches, bathroom locks and hinges. “On a front door, we may specify that we want drop-down seals, intumescent strips, locks, deadlocks, etc. That all comes pre-done,” Martin says.

“In general, you can get whatever you want on a doorset, as long as you specify ahead of time. The only thing that might not be on it, as we had on the front doors for the Meridian Waterside project, is an overhead door closer. That’s because, due to transport reasons, they can’t be fitted until the doorset is on-site. But, generally, you can have everything pre-fitted and Stairways are able to supply any face fitted ironmongery, such as the Overhead Closer. This makes procurement and compliance so straight forward.”

Other benefits of doorsets include:

Why Choose Doorsets from Stairways?

As a Stairways client for more than 15 years, Martin has gotten to know our products very well. While he does sometimes use products made by our competitors, he tells us that he prefers our doorsets.

He says that his main reason for choosing doorsets from Stairways is that they are made much like a traditional door. Other products are made more cheaply, he explains, or “the hinges are different – you hang the door, and it is clipped on at the end.”

However, “Stairways do a proper doorset, which is very accurate to what a normal door would be like,” he says. The result is a door that is more durable, with a superior finish – but just as easy to install as other doorsets. “I love their doorsets,” Martin adds. “There are different types you can get in the marketplace and Stairways’ products, I think, are the best.”

He notes that the quality and attention to detail also mean that doorsets from Stairways tend to be more expensive than other options. However, the difference is worth the extra cost, he says: “In this industry, you get what you pay for. Builders don’t always want to pay the extra if they can get something cheaper – they don’t always see it as their problem. But if the door was in their house, they’d probably change to something better like Stairways.”

Martin adds that he’s also pleased with the service he gets from Stairways: “I’ve known Stairways and Karen for quite a few years; I find them very good to work with. Often they are able to discuss important factors and features that may have been over looked on the project drawings, or during build itself; on many occasions heading off an issue before we even know we have one!”

To find out more about doorsets, and the range of products available from Stairways, please get in touch. 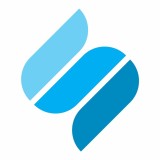 As a highly reputable firm within the industry, we are dedicated to providing the latest industry news and advice and meeting your product and application requirements.

Looking beyond price can keep costs down!